A sculpture for the city of Kaatsheuvel. It was a funny affair. Right next to the brand new city hall a common transformer kiosk was sited. This was an accident. It was not planned, the developers of the place forgot to install the transformers inside the new building. Now it’s an eye-sore, a typical transformer-building straight from the catalogue. The brief for the artwork was basically to make that thing ‘go away’. For safety-reasons the artwork was not allowed to touch the transformer-kiosk, and it needed to remain accessible at all times. Besides that, a seating element needed to be part of the design. A bit of a gordian knot to start with, it resulted in a deluxe stainless steel tripple shell of dazzling graffiti-esque lines. 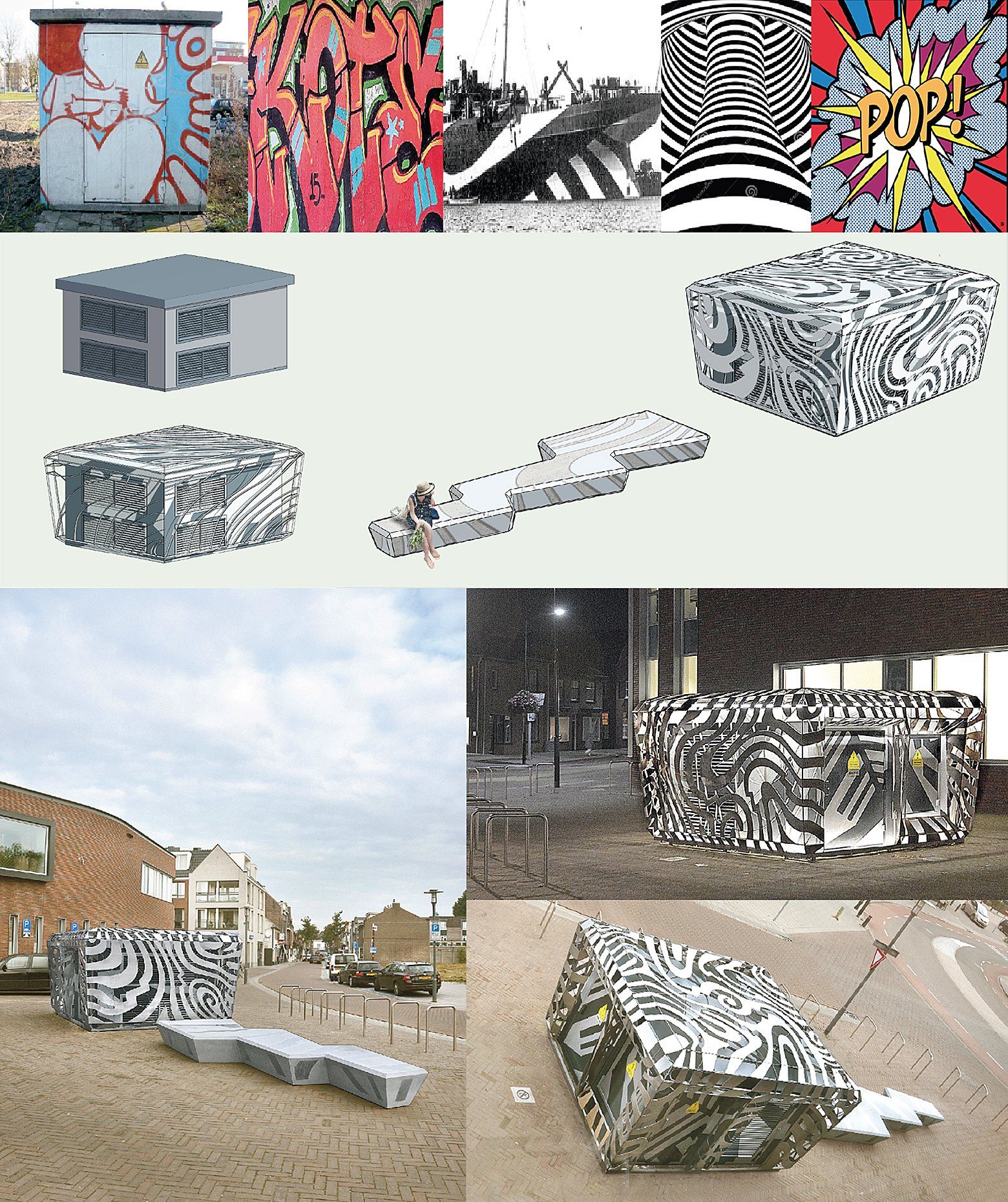 The brief for the competition was to create a landmark around the idea of ‘appearing and disappearing’. It made me think of Apeldoorn’s ‘big-cat sightings’ in 2005. At the time it was big news and even the army participated in the search for the elusive beast, although it would seem to have been no more than an urban-myth; a classic example of appearance and disappearance. Viewed from a distance the sculpture gives the impression of a puma inside a bulging cage. On climbing the hill, however, it becomes apparent that cage and animal are one and the same flowing form and the puma gradually vanishes into the intricate twists and contours of the steel mesh. In 2020 it was chosen as one of the 100 ‘key-works’ in the Dutch public realm.